How many people will TURN IN their high cap mags? Jerry Brown Signs California Gun Control Package: Like historical California city laws, the citizens do not comply.

On Friday, California Governor Jerry Brown signed half a dozen gun-control measures that will require people to turn in high-capacity ammunition clips and require background checks for ammunition sales. Brown reportedly also vetoed five other bills, including a requirement to register homemade firearms and report lost or stolen weapons to authorities. Gun control measures have long been popular with Democratic lawmakers who control the California senate and assembly and the state’s gun laws are already among the strictest in the nation. But they have stepped up their push this year following the December shooting in San Bernardino. 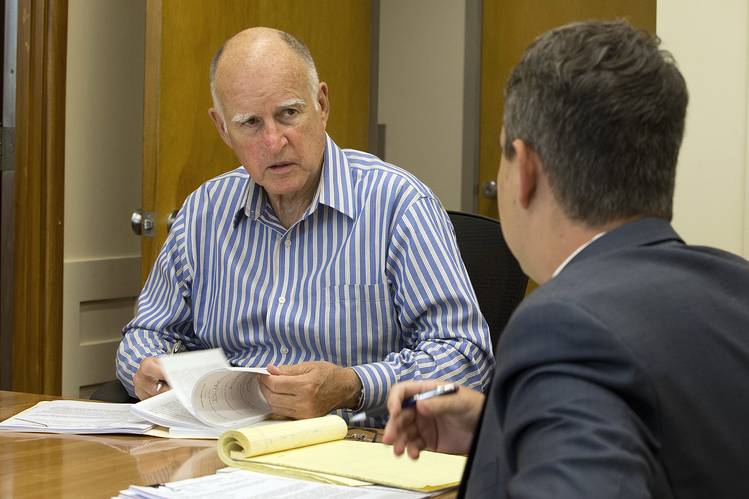 SACRAMENTO — Governor Jerry Brown took action on 11 gun-related bills Friday morning, signing six into law and vetoing five others. This, as California lawmakers have been working to pass more than a dozen new gun measures, reaffirming California’s position as one of the strictest gun law states in the country.

Reaction on both sides of the issue, however, couldn’t have been more different.

“Our governor and our policy makers in California have kicked the law abiding public squarely between the legs and chopped them off at their knees,” said Sam Paredes, Executive Director of Gun Owners of California.

That was the signature piece of legislation, Senate President Pro Tem Kevin de Leon’s bill that creates a system of background checks and a database for people who buy ammunition. It was widely seen as the most crucial of 13 California gun control bills.

“Especially if you find a prohibited person who is purchasing massive amounts of ammunition. That would be a real red flag,” Gonzales said.

The other laws that were signed into effect will do the following:

Paredes, who wasn’t happy with the outcome, says all of the bills infringe on Californians’ Second Amendment rights. “There were none that were acceptable. Each of the bills only affected law abiding citizens.”

Assemblyman Jim Cooper was disappointed for a different reason. His bill, which makes it a felony to steal a gun, was vetoed. It was the only gun bill with bipartisan support.

“So you break into someone’s house and steal a gun, it’s a misdemeanor. You steal a laptop computer, an IPad Pro, it’s a felony,” said Cooper, who added he wrote the bill in response to California’s Prop. 47.

“California has led in the past. I’m proud it’s leading again. We’re a model for the rest of the nation,” said Bonta.

Many of the gun measures that Governor Brown signed into law are the same measures on Lt. Governor Gavin Newsom’s ballot initiative which voters will approve or reject in November.

Newsom released the following statement in response to the six gun bills signed into law:

“I’m pleased that the Governor took meaningful action to reduce gun violence. Now, with the Safety for All initiative, voters will finally have a chance to take matters into their own hands and keep the momentum going with bold reforms that build on these achievements and go well beyond. Today’s steps in the right direction will grow into a giant leap forward for public safety if voters pass the Safety for All initiative to keep guns and ammo out of the wrong hands.”