Museum officials on Tuesday offered a sneak peek at the 400,000-square-foot museum, the 19th of the Smithsonian Institution, that’s next to the Washington Monument. President Obama is expected to cut the ribbon on the dramatic space, which features layers of galleries focused on slavery, segregation and the civil rights movement as well as music, entertainment, sports and politics. 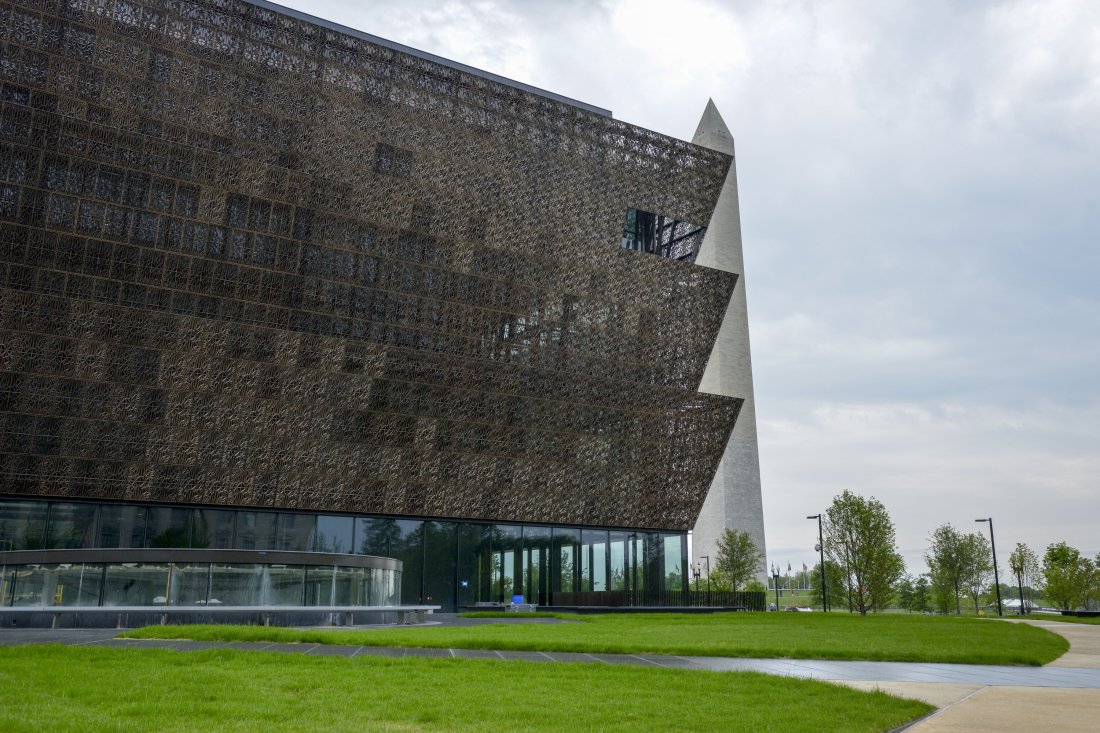 WASHINGTON MAY 10:
The Smithsonian National Museum of African American History and Culture sits near the Washington Monument on Tuesday, May 10, 2016, in Washington, DC. The Museum will open to the public September 24 of this year, 2016.
(Photo by Jahi Chikwendiu/The Washington Post via Getty Images)