Sammy Davis, Jr. went to Vietnam in 1972 as a representative of President Nixon’s Special Action Office For Drug Abuse Prevention. Davis was there to observe the military drug abuse rehabilitation program, and talk to and entertain the troops.

Sammy was a peacenik. “I was so opposed to the war in Vietnam that I initially refused President Nixon’s urgings for me to go there.”  But, he ended up going to entertain the troops.

Davis walked a fine line between being perceived as a House Negro for The White House and, in my opinion, a saavy infiltrator who instigated change from within.

For Davis, his role as a high-profile Black entertainer with a desire to change the tone of American society found him engaged in a delicate balancing act between winning hearts and minds while still sticking to his core beliefs of racial equality, peace, love and understanding at a time when the USA was deeply divided along race lines as well as pro-war and anti-war factions.

“Being a star has made it possible for me to get insulted in places where the average Negro could never hope to go and get insulted.”

He got shit from all sides, called an “Uncle Tom” by some Blacks, hated by whites for marrying a white woman, and ostracized by trendoids for being a faux hipster, he defied them all by letting his talent do the talking.

In the following footage, you see Davis, working with a bare bones production, a trio of back-up dancers and a small band, creating some dynamite energy. It’s like a chitlin circuit roadhouse review compared to Bob Hope’s lavish USO tours. In one scene, Davis sings for a small group of soldiers working with nothing but a microphone and a drummer – no band, no backing tracks.

Davis chooses his words very carefully while discussing Vietnam and the drug issue. 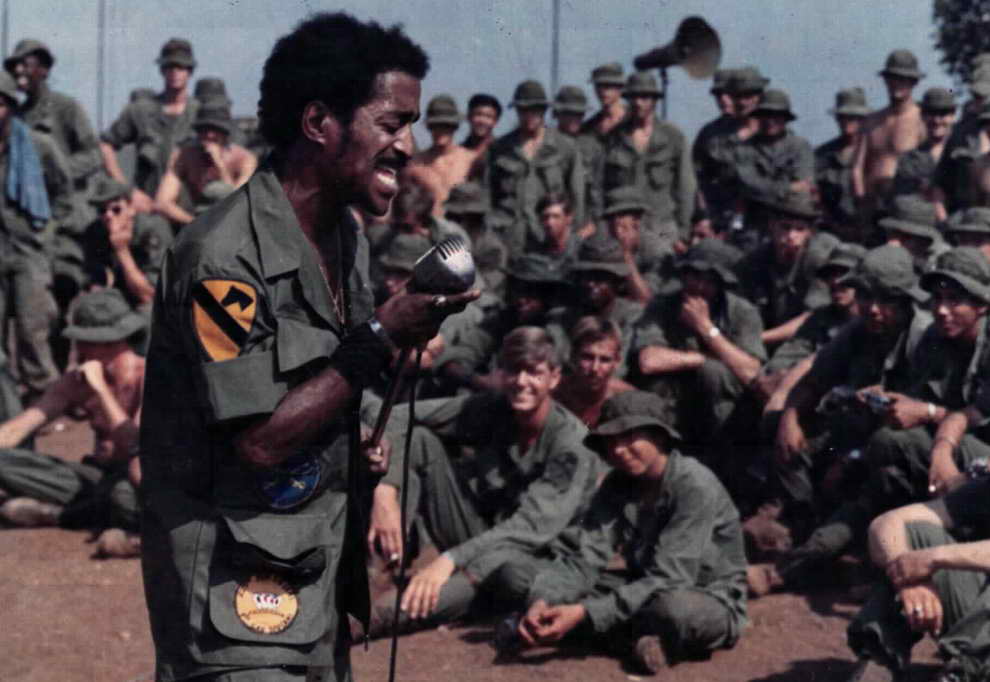 Entertainer Sammy Davis Jr. performs for members of the 1st Cavalry Division (Airmobile) in an undisclosed location in Vietnam during February of 1972. source: https://chieuanhquan.wordpress.com/2015/05/27/vietnam-35-years-later/ 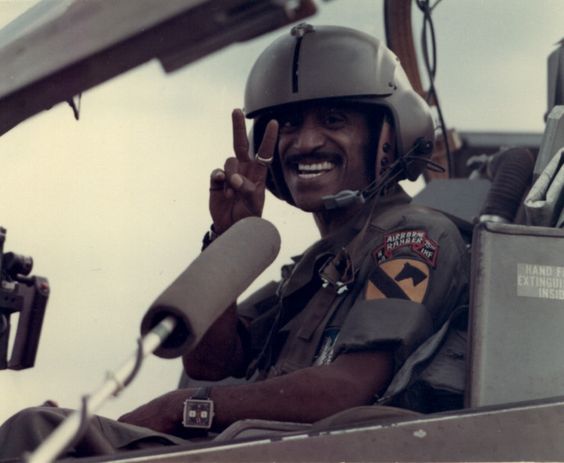 Sammy Davis Jr. in the cockpit of a helicopter