Feb. 25 — Businessman Donald Trump is seen as a “complete wild card” by many in his own party on environmental and energy issues if elected president, while Democrats say his vague public statements in those areas nevertheless show his presidency would be a disaster.

Trump, now the Republican front-runner after three consecutive primary wins, has described climate change as a Chinese conspiracy and promised deep cuts to the Environmental Protection Agency if elected but also has avoided commenting on specific environmental policies such as the Obama administration’s Clean Power Plan. 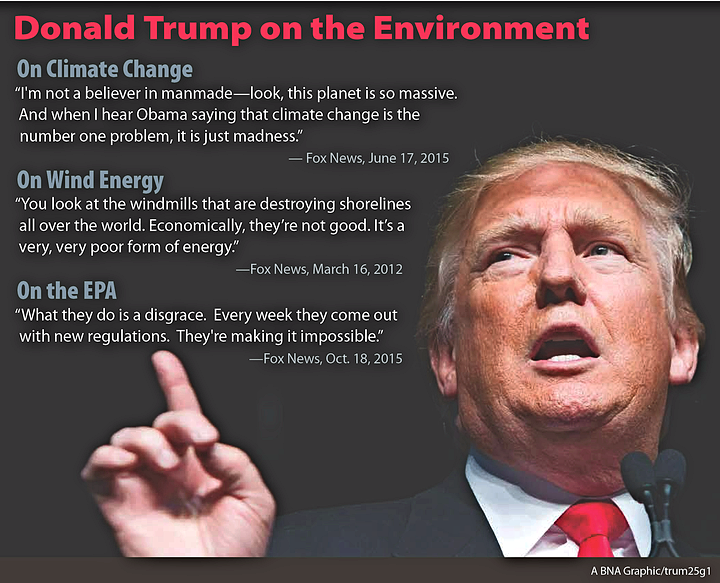