Michael Herr, one of the most famous documenters of the Vietnam War, dies at 76

No one could write like Michael Herr. We all tried: scribes and grunts, killers and chroniclers, fool novelists and crackpot journos. Herr’s work doesn’t so much loom over contemporary war writing as course within it, a dark ideal and omen all at once. The electricity of the language. The power—and futility—of bearing witness. The howling, howling rage. Whether you were reading him for the first or the hundredth time, you always felt like his pages were offering a strange air; not oxygen exactly, but still something vital. Dexedrine breath, maybe, like dead snakes kept too long in a jar.

That’s one of his lines, of course. No one could write like Herr.

Herr, a titan of New Journalism, died last week, at the age of seventy-six. He made his name in Vietnam as a young Esquire correspondent who shunned official briefings for infantry patrols in the jungle and helo assaults with the air cav. He sometimes carried a rifle to gain access, and once told the Boston Globe, “I only had to use a weapon twice. And I had to, I had to. It was impossible not to.”

By his own account, Herr spent more time in his Saigon apartment smoking weed and taking notes than he did filing articles. Those notes would become Dispatches, a masterwork of creative nonfiction and one of the best books to emerge from the wreckage and ruin of the Vietnam War. An acid-rock love letter of memories, reportage, and anecdotes, Dispatches didn’t appear until Herr had been back in the States for a decade, a fraught period that involved severe depression and a temporary separation from his family. Herr had lost friends in Vietnam, such as Sean Flynn, Errol’s doomed son, and he lost other friends later, back home. Read more of this article in the Paris Review of June 27, 2016: http://www.theparisreview.org/blog/2016/06/27/michael-herr-1940-2016/

Martin Sheen’s voice-over narration in the film “Apocalypse Now” was written by Michael Herr, who died last Thursday at the age of 76. Herr also co-wrote the screenplay for Stanley Kubrick’s Vietnam War film “Full Metal Jacket.” Herr went to Vietnam in 1967 to report on the war for Esquire and to write a book. He stayed over a year, but he didn’t publish the book until 1977, a couple of years after the war had ended. “Dispatches,” his hybrid of memoir and fiction, was hailed as one of the most important books about the war describing the experiences of disillusioned young American soldiers there. Read more of this article on NPR.org of June 28, 2016: http://www.npr.org/2016/06/28/483776202/remembering-michael-herr-whose-dispatches-brought-the-war-in-vietnam-home

Below: Why Michael Herr went to Vietnam as a war reporter

Michael Herr, who has died aged 76, was the author of Dispatches, the definitive account of the war in Vietnam; John le Carré called it “the best book I have ever read on men and war in our time”.

“I went to cover the war and the war covered me,” wrote Herr, who from 1967 until 1969 was in Vietnam as correspondent for Esquire. “Have you come to write about what we’re wearing?” a soldier asked him, alluding to the magazine’s traditional focus on men’s fashion.

However, it had also begun to publish articles by the likes of Norman Mailer and Tom Wolfe that used techniques of reportage traditionally reserved for literature. Although he actually filed very little from Vietnam, Herr became a central figure in this “New Journalism” with the publication in 1977 of Dispatches.

Written with both high-octane immediacy and trance-like lyricism, it conveyed precisely not the events of the war, nor even perhaps episodes which had actually happened, but its mood, in which the eternal certainties of death and defeat were dulled by drugs and embraced to a soundtrack of rock ‘n’ roll.

“There was such a dense concentration of American energy there,” he wrote, “American and essentially adolescent, if that energy could have been channeled into anything more than noise, waste and pain, it would have lighted up Indochina for a thousand years.” Read more of this article in The Telegraph of June 26, 2016: http://www.telegraph.co.uk/obituaries/2016/06/26/michel-herr-writer–obituary/ 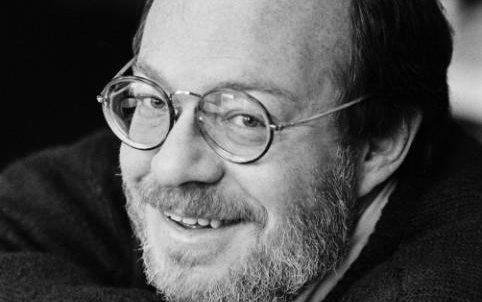 The below documentary consists of interviews with Michael Herr and several Vietnam veterans. The depth of the interviews provides insight into the feelings that accompany violence, fear, hate, seduction and pleasure.

In 1971, during the rainy season, I was sitting in a room in an old-fashioned French hotel in Saigon, Republic of Vietnam. It was evening and darkness was settling with the suddenness of dimmed stage lighting over the noise and reek of the city. Beyond the groans of my ancient air-conditioner, there sounded the thunder that might always be, but rarely was, something else. The thunder persisted as the scattery silence of curfew came down. Read more of this article on Literary Hub of June 28, 2016: http://lithub.com/how-michael-herr-transcended-new-journalism/