Love it or hate it, Hillary is ahead in the polls by a pretty large margin even with a slip after the Orlando shooting.

Donald Trump chipped away at Hillary Clinton’s lead in the presidential race this week, according to a Reuters/Ipsos poll released on Friday, as the candidates clashed over how to respond to the worst mass shooting in modern U.S. history.

The poll, conducted from Monday to Friday, showed Clinton, the presumptive Democratic nominee, with a 10.7 point lead among likely voters over Trump, her likely Republican rival in the November presidential election. That’s down from a lead of 14.3 points for Clinton on Sunday, the day an American-born shooter who declared allegiance to militant group Islamic State killed 49 people at a gay nightclub in Orlando, Florida. 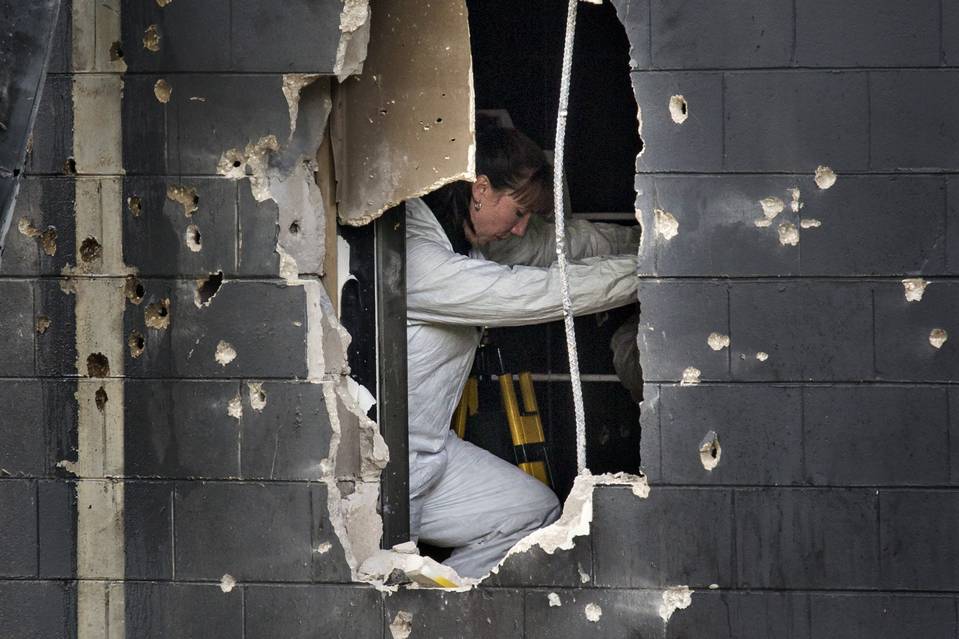 An investigator inside the Pulse nightclub in Orlando, Fla. PHOTO: RICHARD GRAULICH/ZUMA PRESS