In the 1930s, the U.S. government sent photographers to all the states to capture America “at her most vulnerable.”

President Franklin D. Roosevelt’s team wanted a record of what was going on — and images of real lives and struggles to help rally support for his New Deal policies.

Yale University and the Library of Congress have just made the entire collection available online on a site called Photogrammar. 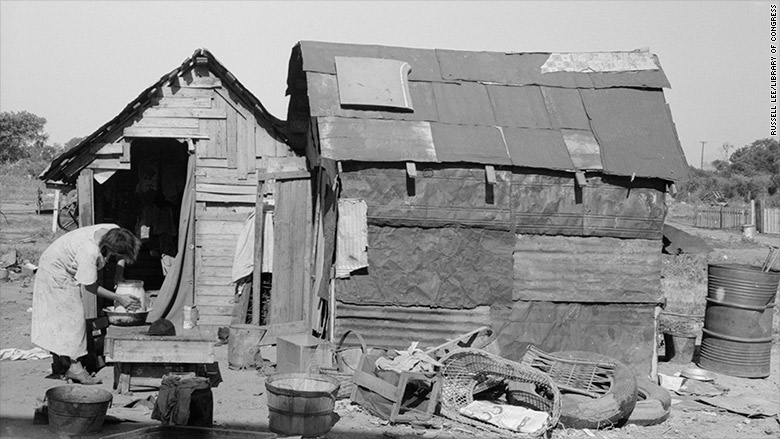 Home of a family living in May’s Avenue camp, Oklahoma City, Oklahoma in 1939