French strikes: Does France’s workforce really have it easy?

At 35 hours, the French have the shortest legal working week in Europe. With it, they have a reputation in some quarters for an easy working life, staunchly defended by powerful labour unions.

This week, there is widespread disruption across the country after France’s largest union called a strike over planned reforms to the labour laws. Workers have blockaded power plants, petrol stations, and oil refineries.

So why do the French go on strike more than any of their European partners? Is life for the workforce really so good? 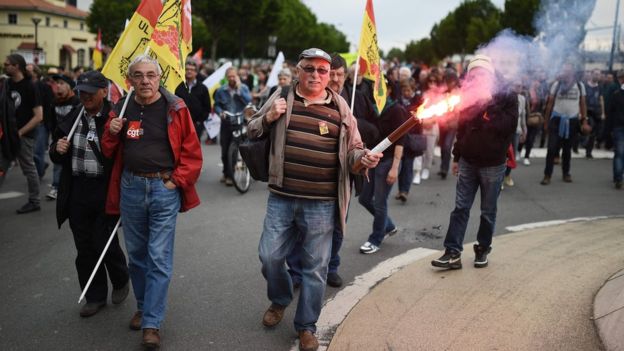