On Friday (April 20, 2015), an Uber driver with a concealed carry permit thwarted an attempted mass shooting by pulling his own weapon and shooting a gunman who had opened fire in Chicago’s Logan Square.

Illinois Assistant State’s Attorney Barry Quinn verified that the driver “had a concealed-carry permit and acted in the defense of himself and others.”

According to the Chicago Tribune, the driver was watching “a group of people” walk in front of his car on North Milwaukee Avenue just before midnight when 22-year-old Everardo Custodio allegedly “began firing into the crowd.” The Uber driver pulled his own gun and “fired six shots at Custodio,” wounding him in “the shin, thigh, and lower back.”

The attempted mass shooting ended with no one other Custodio injured.

The Chicago Sun Times reported that the Uber driver had dropped off a passenger minutes before Custodio allegedly began shooting. The Times contacted Uber about the incident and they simply said “the company requires all its drivers to abide by local, state and federal laws pertaining to transporting firearms in vehicles.”

Breitbart News previously reported on a March 22 incident in which a concealed carry permit holder entered a Philadelphia barbershop to stop an attempted mass shooting in progress.

In that incident a 40-year-old man began randomly firing at patrons inside the barbershop and was stopped when the concealed carry permit holder heard gunfire, ran into the shop, and shot the would-be mass shooter in the chest, killing him. No one else was harmed. 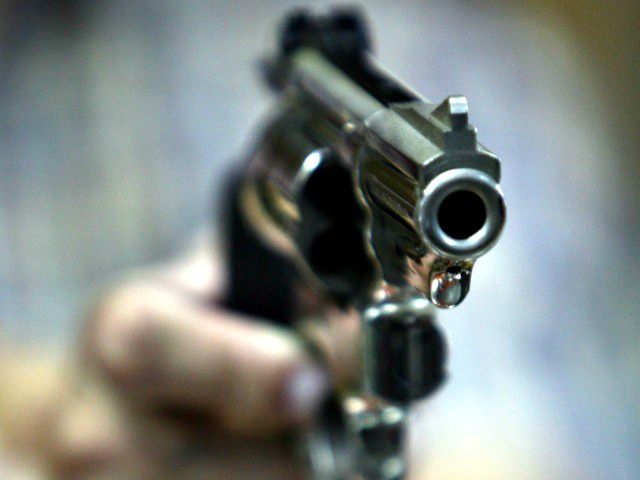