Before There Was an Indy 500

How Carl Fisher rushed to build the world’s grandest racetrack, and how he managed to survive the carnage and scandal that ensued.

The building of this country’s grandest and greatest racetrack, the Indianapolis Motor Speedway, went from conception to opening day in fewer than nine months. And there was little doubt in anyone’s mind that when the first cars would race there in August 1909 it was going to be dangerous, maybe even deadly.

But the country was in the delirious grip of a great new age of mechanized invention—the speeding automobile! the roaring motorcycle! the incredible flying machine!—and there was no shortage of brave men eager to take the controls, or bold businessmen looking to get rich because of them. The world was not just changing—it seemed to be exploding into a new era of speed.

The man credited with building the speedway was Carl Graham Fisher, just 35 in 1909. The son of an alcoholic Indiana attorney, Fisher was a school dropout who’d gone from rail-yard butcher boy at 12 to bicycle shop owner at 17 to daredevil automobile barnstormer at 27. In one short season, he earned $20,000 (more than $350,000 in today’s dollars) on the county-fair circuit. (In 1901, for $500 a performance, Fisher would race his Winton automobile—top speed, 60 mph— over 200 or more yards against any horse. The horse always jumped out to a lead, but Fisher would reel the animal in and make the pass just before the line.) 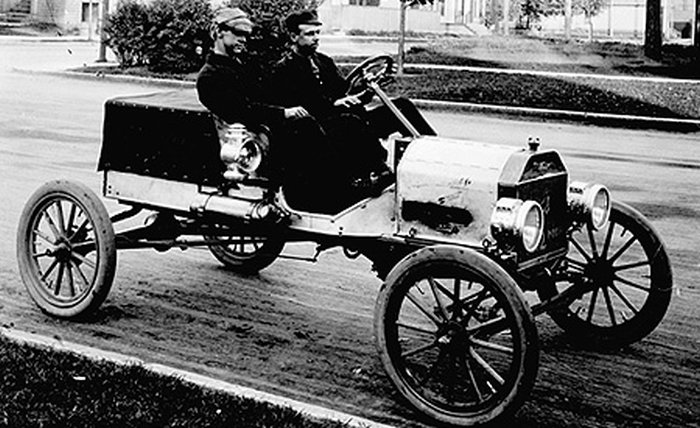