Fiat Chrysler entry-level workers could reach a new wage of $29 an hour over eight years, putting them at par with senior colleagues and effectively eliminating the much-hated two-tier pay scale under a new proposed deal between the UAW and Fiat Chrysler Automobiles.

The proposal was reached just prior to the Wednesday night deadline of 11:59 p.m., averting a potential midnight strike by 40,000 unionized workers. Details of the new deal were confirmed by knowledgeable sources not authorized to speak about the details. 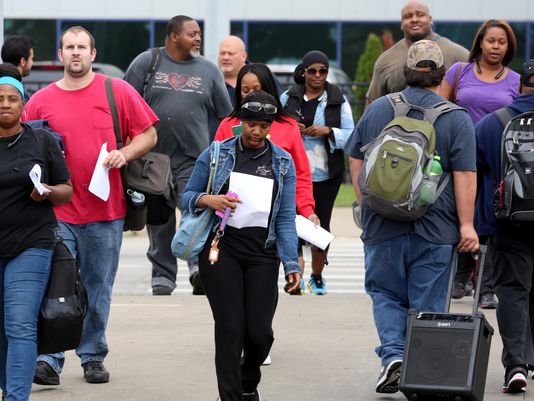 Workers leave the afternoon shift at the Warren Truck Assembly Plant in Warren, Michigan on Tuesday with potential strike instruction papers from their union, the United Auto Workers . The UAW and Fiat Chrysler Automotive have reached a new proposed tentative agreement.(Photo: Eric Seals)