Criminal justice, the economy and immigration have been at the fore of this election cycle. Here are policies expressed by both candidates on those and more.

It has been described as the most polarizing election in decades, a stark choice between two visions of America. Will Hillary Clinton offer a third term of Barack Obama? Will Donald Trump, as some critics claim, pose a threat to national security? Based on their speeches and websites, here is a rundown of what we know about the candidates’ policies on key issues. 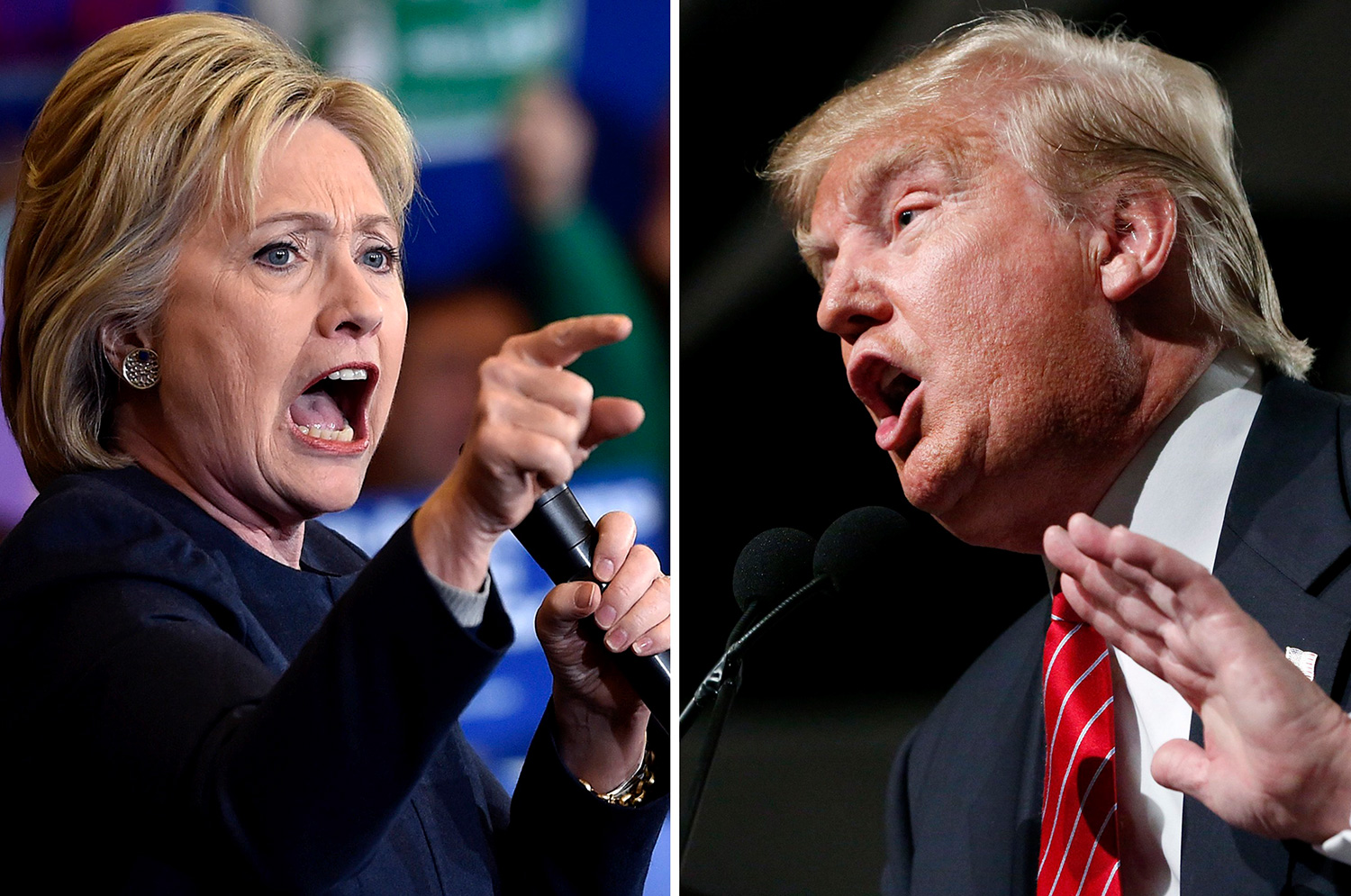 Trump: Has said little during the campaign, but past statements suggest a “tough on crime” approach including longer prison sentences. In the wake of police shootings, he has said: “I have to say that the police are absolutely mistreated and misunderstood.” Supports the death penalty for those who kill police officers.

Clinton: Raise the federal minimum wage to $12 an hour, with local governments free to set minimums above that level. Tighten the tax code to make sure “millionaires don’t pay lower rates than their secretaries”. Ask Congress for at least 275 billion dollar to invest in infrastructure. Every worker entitled to up to 12 weeks of paid family leave and an additional 12 weeks of paid medical leave.

Trump: Create jobs. Get smart businessmen from Wall Street to run the economy because they have the expertise. Tax relief for middle-class Americans; simplify the tax code to reduce the headaches people face in preparing their taxes. “We’ve spent 4 trillion dollars trying to topple various people. If we could’ve spent that 4 trillion dollars in the United States to fix our roads, our bridges and all of the other problems, we would’ve been a lot better off.”

Clinton: Set national goals to have 500 million solar panels installed; generate enough renewable energy to power every home in America; cut energy waste in homes, schools and hospitals by a third; and reduce American oil consumption by a third. Launch a 60 billion dollar Clean Energy Challenge to partner with states, cities and rural communities and a 30 billion dollar plan to revitalize coal communities.

Trump: “Snowing in Texas and Louisiana, record setting freezing temperatures throughout the country and beyond. Global warming is an expensive hoax!” – tweet from 29 January 2014. Aggressively use coal, fracking and oil. Cut funding for the Environmental Protection Agency.

Trump: “America first” and “stay unpredictable” approach. Hold summits with Russia and China soon after election and seek to regain their respect by showing strength. Destroy Isis in Iraq and Syria and tear up Obama’s nuclear deal with Iran. Tell US allies in NATO to pay their fair share or risk losing protection. Trump claims he did not support the Iraq war and says: “We are getting out of the nation-building business.”

Clinton: Strengthen background checks and close dangerous loopholes in the current system; hold irresponsible dealers and manufacturers accountable; keep guns out of the hands of terrorists, domestic abusers, other violent criminals and the severely mentally ill.

Trump: “The second amendment to our constitution is clear. The right of the people to keep and bear arms shall not be infringed upon. Period.” Prosecute more violent criminals in cities such as Baltimore and Chicago and empower law-abiding gun owners to defend themselves. Trump owns a firearm and is endorsed by the National Rifle Association.

Clinton: Retain Obamacare. Crack down on rising prescription drug prices and hold drug companies accountable so they get ahead by investing in research, not jacking up costs. Protect women’s access to reproductive healthcare, including contraception and safe, legal abortion.

Trump: Repeal Obamacare on day one. Oppose cuts to Medicaid and Medicare. Trump says he is now pro-life. However his campaign statements differ from policies laid out on his website, making his approach uncertain. It does not appear to include any major expansion of healthcare coverage.

Clinton: Comprehensive reform to create a pathway to citizenship, keep families together and enable millions of workers to come out of the shadows. Defend Obama’s executive actions to provide deportation relief for Dreamers and parents of Americans and lawful residents. End family detention and close private immigrant detention centers.

Trump: Build a wall along the Mexican border that Mexico will pay for. Deport 11 million undocumented migrants, which opponents say is both callous and physically impossible. End birthright citizenship. “Gangs, drug traffickers and cartels have freely exploited our open borders and committed vast numbers of crimes inside the United States … We have the moral high ground here, and all the leverage.”

Clinton: After some prevarication, came out against the Trans-Pacific Partnership, despite helping negotiate it during her time as secretary of state. She said at a debate in October: “It was just finally negotiated last week, and in looking at it, it didn’t meet my standards, my standards for more new, good jobs for Americans, for raising wages for Americans.”

Trump: Slams the Trans-Pacific Partnership. Argues that since China joined the World Trade Organisation, Americans have witnessed the closure of more than 50,000 factories and the loss of tens of millions of jobs. Plans to bring China to the bargaining table by declaring it a currency manipulator and revive US manufacturing by putting an end to China’s “illegal export subsidies and lax labor and environmental standards”.

Trump: Little evidence of a coherent policy, but he has said there is no reason the federal government should profit from student loans. Trump has also been forced to defend his own Trump University, the subject of an ongoing court case.