The unofficial Canadian Navy Folk Song. Nothing we have is even close.

The year that this song was composed was 1976. The place was Toronto, Ontario, Canada. There are hundreds of songs of the sea, both old and new, both British Empire and American, but this one eclipses them all in my opinion. I first heard about this song on Stuart McLean’s Vinyl Cafe radio program on PBS. Stuart McLean was there when it was recorded and his voice, as background, is in the song.

Video of the song:

“Barrett’s Privateers” is a modern folk song in the style of a sea shanty, written and performed by Canadian musician Stan Rogers, having been inspired after a song session with the Friends of Fiddler’s Green at the Northern Lights Festival Boréalin Sudbury, Ontario. Although Barrett, the Antelope and other specific instances mentioned in the song are fictional, “Barrett’s Privateers” is full of many authentic details of privateering in the late 18th century. The song was released on the album Fogarty’s Cove in 1976 and has since gained popularity as a drinking song, with cover versions by many bands. It is regarded as one of the Royal Canadian Navy‘s unofficial anthems, the unofficial anthem of Atlantic Canada and also often heard sung at many Atlantic universities including Saint Mary’s, Dalhousie, Memorial University of Newfoundland, University of King’s College, and University of New Brunswick. 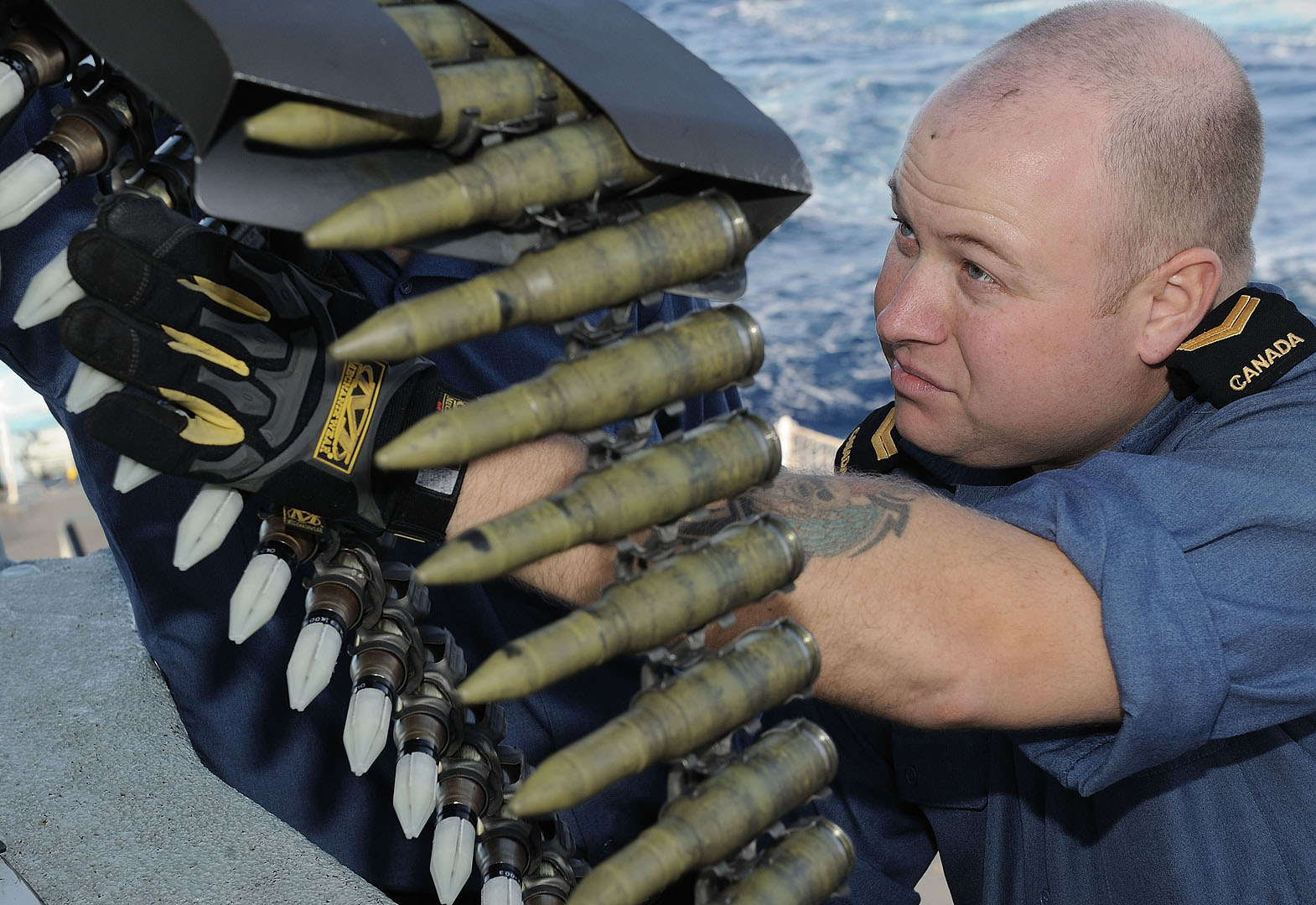 “Barrett’s Privateers” is sung from the point of view of a young fisherman who enlisted on Elcid Barrett’s ill-fated Antelope. The Antelope is described as the “scummiest vessel [he’d] ever seen”, and the song describes the many faults of the decrepit sloop.

After describing the initial voyage to Jamaica seeking American merchantmen and the problems with the Antelope, the unnamed narrator sings about how they finally found one, loaded down with gold. Unfortunately, the Antelope’s main-mast is knocked down with one volley from the American vessel, and Barrett is killed. The truck of the main sail “carrie[s] off both [his] legs” causing him to become a broken man.

The last two stanzas reveal that he is only “in (his) twenty-third year”, and lost both his legs in the battle six years earlier, and that it had taken all six years to make his way home.

From the very opening line of the song, Rogers paints a plausible and mostly authentic image of a privateering vessel. He sets the tale in 1778, at the height of the American Revolution, when privateering was a common activity on both sides of the war. Rogers’ choice of names, nautical terminology, and details of weapons and places all accurately reflect historical fact, with some exaggeration on the loss of life. The song’s mentions of Halifax, Nova Scotia, are also historically accurate, as Halifax was a well-known port for privateers operating on the east coast and out of Nova Scotia at that time.

The meaning and accuracy of some parts are open to discussion. The refrain of “I wish I was in Sherbrooke now” is one example. If he is referring to a town, then there is a conflict with the date of 1778, as the town of Sherbrooke, Nova Scotia was not founded until 1815, and Sherbrooke, Quebec not until 1818 (in any case, John Coape Sherbrooke, the namesake of both towns, was only 14 years old in 1778). Another possibility is that this reflects Stan Rogers’ artistic license in tribute to his family origins near Sherbrooke, on Nova Scotia’s eastern Shore. Others believe the line refers to the privateer brig Sir John Sherbrooke, one of the largest and most formidable privateers based in Nova Scotia. However, like the town of Sherbrooke, the Sir John Sherbrooke significantly post-dates the American Revolution, having been built in 1813. Perhaps he was referring to the community of New Ross, which was originally Sherbrooke but renamed after the War of 1812, rather than Sherbrooke village. These are actually two different locations: Sherbrooke village “nestled between Sherbrooke Lake and St. Mary’s River” and the other (New Ross formerly Sherbrooke) located in the Chester Municipal District.

The song exaggerates the violence of privateering, since the nature of privateer warfare precluded bloody battles, as the aim was to capture an undamaged merchant ship. No privateer from Nova Scotia ever sank in or suffered such bloody losses from battle, although some (such as the privateer Rolla) were lost with all hands in shipwrecks. American privateers, however, did meet with disastrous fates off Nova Scotia at the hands of the Royal Navy (e.g., see the story of Young Teazer, as well as the naval battle off Halifax).

“The Antelope” is described as a sloop in the song, with a total of 21 crew, all of whom were formerly fishermen. She is armed with several “cracked” four-pounder cannons. The Antelope has many other faults: she lists to port, and constant pumping is needed to keep ahead of the many leaks in the poorly maintained wooden hull. The Antelope’s sails are described as being “in rags”, likely the result of poor upkeep.

Many vessels of the period bore the name “Antelope”, including several in the British Royal Navy named HMS Antelope. As the name of a somewhat exotic animal, the name conveyed a sense of the vessel’s speed, although in this case it is an ironic moniker.

Sloops were often used by privateers because they were good for short range assaults. Their range was extremely limited by their small size, although even a small sloop normally warranted a crew of at least thirty, so that there might be enough men to crew a captured prize. Given the Antelope’s state of repair, the smaller crew could be taken to mean that it was difficult to recruit for such an obviously unreliable vessel.

The precise afflictions of the Antelope – listing to port, ragged sails, constant leaks, and an evidently incompetent crew – are all likely problems. Many ships either damaged in storms or barely seaworthy to begin with had constant rotations of crewmen pumping out water. While stored, sails could be damaged by rats or insects. Without good maintenance, they might also become eroded in the normal course of use. The cook is described as having the “staggers and jags”, a euphemism for delirium tremens resulting from alcoholism; this was an all too common condition for sailors. Additionally, the listing to port could also have been caused by poor ballasting by the crew.

The Antelope is armed with cracked “four-pounders”, quite common privateer weapons. As smaller weapons, they allowed the privateer great speed, although it also meant that they lacked range. Given the poor armament of most merchantmen, a skilled captain could use them very effectively. While some debate has been raised over the fact that cracked cannons would be difficult to fire, resulting in a claim that Rogers’ original was “crack four-pounders” using the slang of “crack” meaning “the best”, recordings of Rogers show him singing “cracked”. Furthermore, it is more in keeping with the description of the Antelope for the cannons to be in disrepair rather than exceptionally good.

The assumed authenticity is often so great that other performers have either been confused by it or played off it to fool unsuspecting audiences. In one of their recorded performances of the song, famed Scottish folk singers The Corries state during a preamble that the song is in fact from the 18th century. However they also claim that it is the story of a Scottish exile, changing the line “I wish I was in Sherbrooke now” to “I wish I was in Edinburgh now” even though no such references appear in the lyrics, and that the Antelope’s captain was “Cid Barrett” not the correct “Elcid”.

The tragic story of Stan Rogers

Rogers was noted for his rich, baritone voice and his finely crafted, traditional-sounding songs which were frequently inspired by Canadian history and the daily lives of working people, especially those from the fishing villages of the Maritime provinces and, later, the farms of the Canadian prairies and Great Lakes. Rogers died in a fire aboard Air Canada Flight 797 on the ground at the Greater Cincinnati Airport at the age of 33.