Before there was Rosa Parks, there was Claudette Colvin.

Most people think of Rosa Parks as the first person to refuse to give up their seat on a bus in Montgomery, Alabama. There were actually several women who came before her; one of whom was Claudette Colvin.

It was March 2, 1955, when the fifteen-year-old schoolgirl refused to move to the back of the bus, nine months before Rosa Parks’ stand that launched the Montgomery bus boycott. Claudette had been studying Black leaders like Harriet Tubman in her segregated school, those conversations had led to discussions around the current day Jim Crow laws they were all experiencing. When the bus driver ordered Claudette to get up, she refused, “It felt like Sojourner Truth was on one side pushing me down, and Harriet Tubman was on the other side of me pushing me down. I couldn’t get up.”

Claudette Colvin’s stand didn’t stop there. Arrested and thrown in jail, she was one of four women who challenged the segregation law in court. If Browder v. Gayle became the court case that successfully overturned bus segregation laws in both Montgomery and Alabama, why has Claudette’s story been largely forgotten? At the time, the NAACP and other Black organizations felt Rosa Parks made a better icon for the movement than a teenager. As an adult with the right look, Rosa Parks was also the secretary of the NAACP, and was both well-known and respected – people would associate her with the middle class and that would attract support for the cause. But the struggle to end segregation was often fought by young people, more than half of which were women. 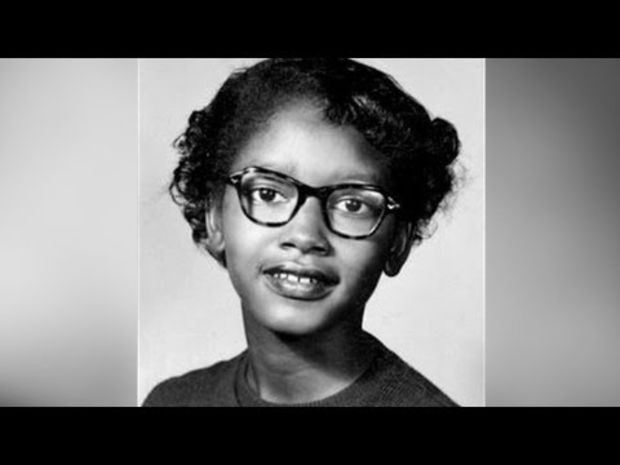