Recovery Team Tribute to Musicians Passed Away in 2016

Emergency personnel were called to Prince’s Chanhassen, Minnesota estate after receiving a call that someone was not breathing. The “Purple Rain” singer, whose real name was Prince Rogers Nelson, had been ill for weeks. He was just 57 when he passed away, apparently in his Paisley Park recording studio. A pioneering musician of Minneappolis sound, Prince combined soul, funk, rock, R&B, hip hop, disco, jazz, and many other styles into incredibly successful and critically acclaimed songs like “When Doves Cry” and ” Kiss.” During his career, he won an Academy Award (for Best Original Song Score – “Purple Rain”), a Golden Globe (for Best Original Song – “The Song of the Heart” in Happy Feet), and seven Grammys. His flamboyant style and relentless talent made him a true American icon.

In June of 2016, the Medical Examiner’s Office in Minnesota released the results of Prince’s autopsy, where they determined his death was caused by accidental overdose on fentanyl (a very powerful painkiller). 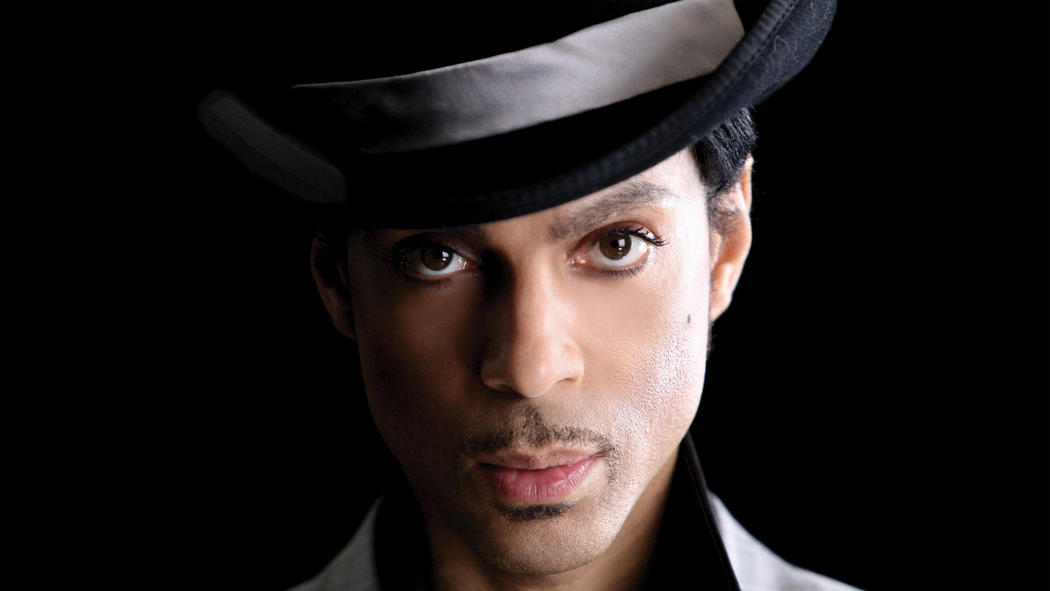 David Robert Jones, known as David Bowie, was an English singer, songwriter, actor and record producer. He was a figure in popular music for over five decades, regarded by critics and musicians as an innovator, particularly for his work in the 1970s. His career was marked by reinvention and visual presentation, his music and stagecraft significantly influencing popular music. During his lifetime, his record sales, estimated at 140 million worldwide, made him one of the world’s best-selling music artists. 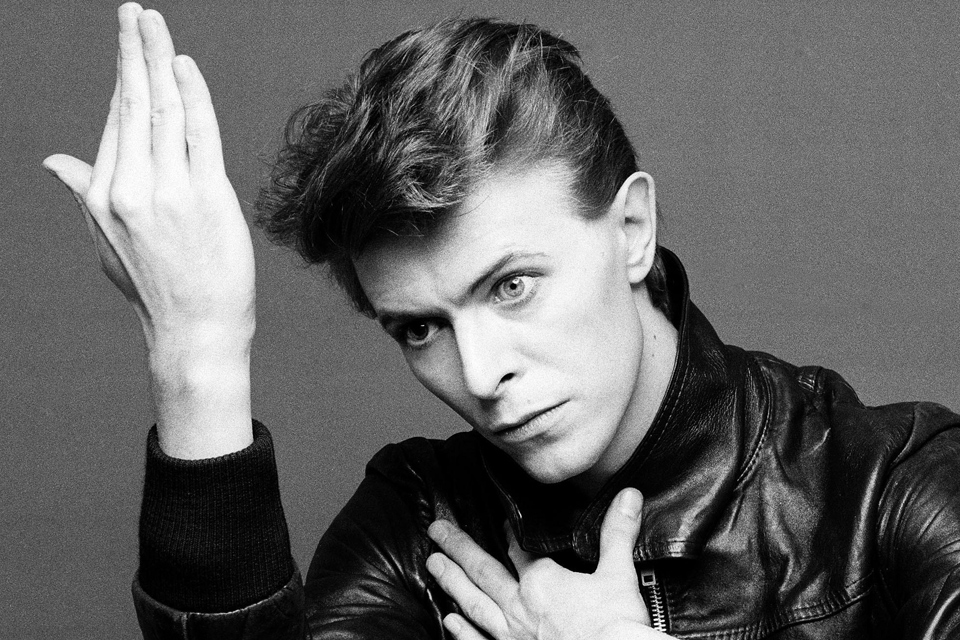 John Berry passed away at the young age of 52. Berry, who was a founding member of the Beastie Boys, suffered from frontal lobe dementia in his final days. Although Berry left the Beastie Boys after the release of their first EP,Polly Wog Stew, in 1982, he is credited with coming up with the group’s name. What’s more, when the Beastie Boys were inducted into the Rock and Roll Hall of Fame in 2012, Adam Yaunch (who was himself dying of cancer) wrote a speech honoring Berry for his important role in forming the group. Beside the Beastie Boys, Berry was also a member of other groups including Even Worse, Big Fat Love, Highway Stars and Bourbon Deluxe. 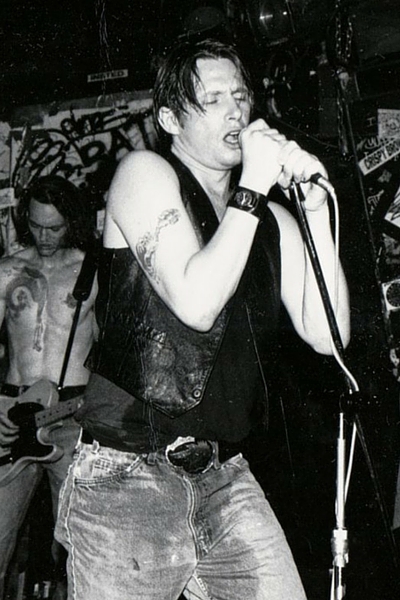 Merle Haggard, a legend in the country music business, passed away at the age of 79. He died on his birthday from complications due to pneumonia. The “Okie From Muskogee” and “Workin’ Man Blues” singer had more than 35 number one country hits (and more than 70 in the top 10) during his long career. In his early life, he served three years in San Quentin for robbery, including a stint in solitary confinement. His past as a lawbreaker helped him develop an outlaw image that propelled him to great success throughout his life. 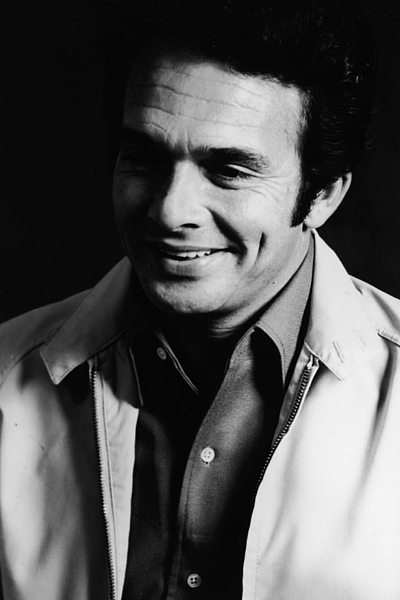 Musician and son of the legendary Frank Sinatra, Frank Sinatra, Jr., passed away at the age of 72. Sinatra had a long music career of his own, and was touring as part of his “Sinatra Sings Sinatra” tour at the time of his passing. He also had a number of acting roles, appearing in almost 20 shows, including Family Guy. and Additionally, he played himself on the HBO mafia series, The Sopranos. 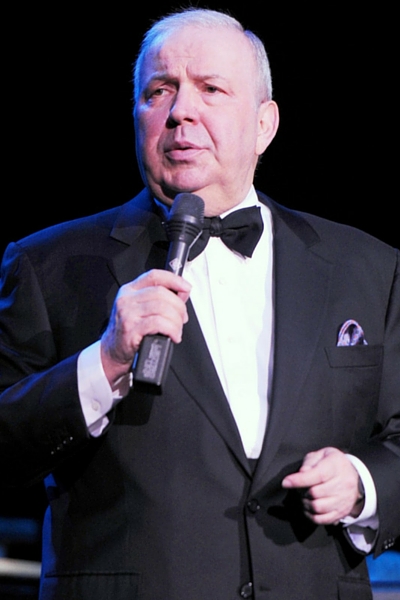 Singer, model, and actress Denise Matthews, best known as Vanity, died at the age of 57. The cause of death is unknown, but Matthews struggled with health problems relating to her kidneys for years. A protege of Prince in the 1980s, she headlined the group Vanity 6, best known for the hit “Nasty Girl,” and she also released two solo albums. By the mid-’90s, she abandoned her Vanity persona and left the entertainment industry, becoming a Christian Evangelist and ordained minister. 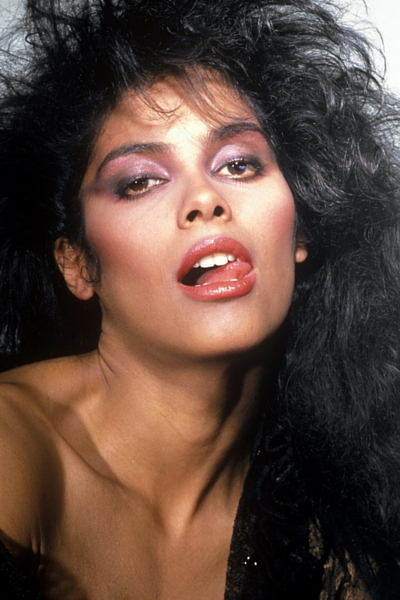 Maurice White, the founder of Earth, Wind & Fire, passed away at the age of 74. White died in his sleep after a long battle with Parkinson’s disease that began in the ’90s. He was a singer, drummer, and producer for the funk-soul group, as well as the main songwriter. Along with this brothers Verdine and Fred, he sold more than 90 million albums, earned seven Grammy wins, and got a spot in the Rock and Roll Hall of Fame. 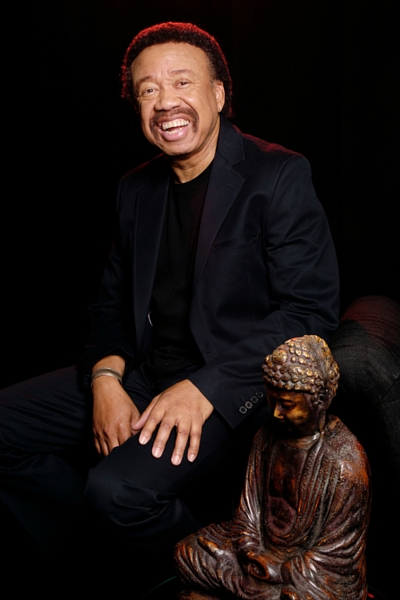 Country music singer Joey Feek passed away at the age of 40. Feek, who found fame with her husband on the CMT show Can You Duet? was diagnosed with cervical cancer in 2014. As country duo Joey + Rory, Feek and her husband toured with the Zac Brown Band and scored a Grammy nomination for the song, “If I Needed You.” Joey and her husband had one child, a daughter named Indiana. 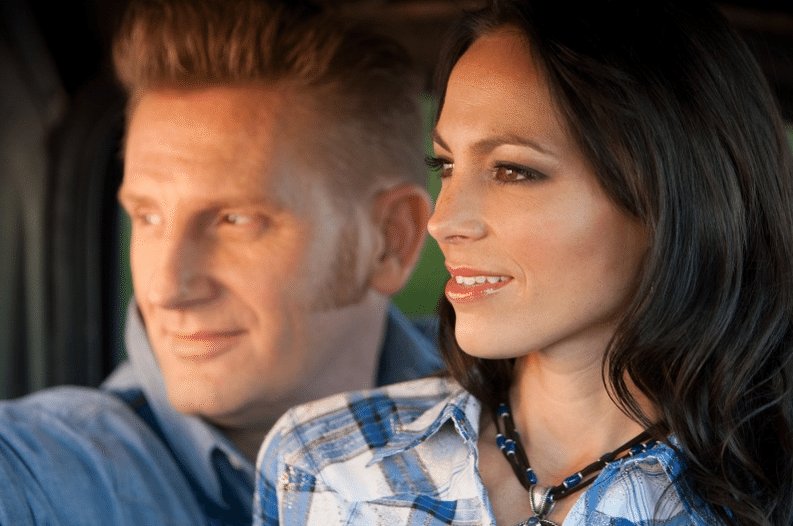 Kantner, a co-founder of the ’60s psychedelic rock staple Jefferson Airplane, died at age 74 as a result of multiple organ failure and septic shock. He struggled with health problems for some time, having suffered a heart attack in March 2015. A vocalist and rhythm guitarist, Kantner helped create the “San Francisco sound” that so defined the counter-cultural movement with songs such as “White Rabbit” and “Somebody to Love.” As a songwriter, he crafted the band’s “Young Girl Sunday Blues” and “Today,” among others. 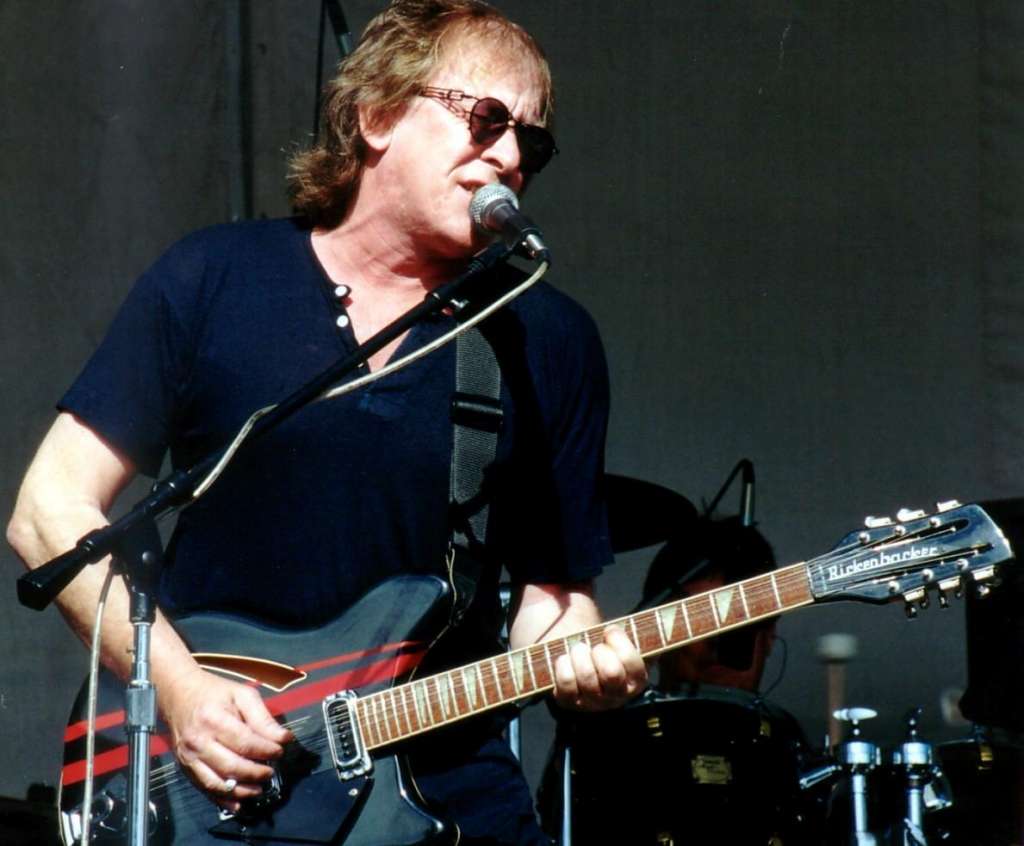 Eagles co-founder Glenn Frey died at the age of 67 due to complications from rheumatoid arthritis, acute ulcerative colitis and pneumonia. The guitarist co-wrote some of the bands most famous hits, like “Desperado” and “Hotel California,” and Frey also provided vocals for songs like “Take It Easy,” “Heartache Tonight,” and “Lyin’ Eyes.” His 1982 solo album, No Fun Allowed, cracked the top 40 with “The One You Love,” “Smuggler’s Blue,” “Sexy Girl,” and other hits. 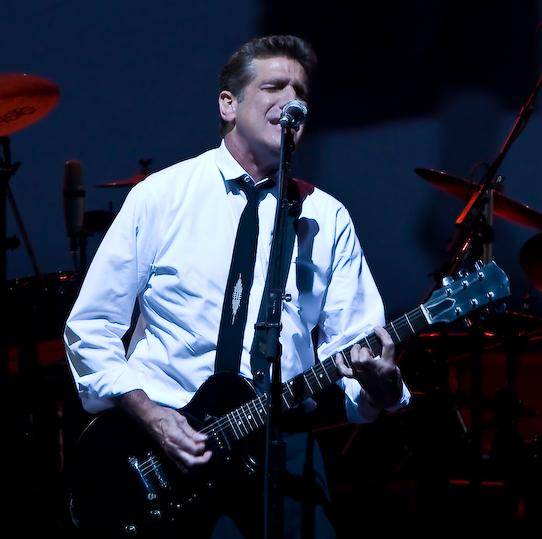 Mott the Hoople drummer Dale “Buffin” Griffin passed away in his sleep at the age of 67. Mott the Hoople’s most famous album, 1972’s All the Young Dudes, was produced by David Bowie. Griffin was diagnosed with Alzheimer’s Disease in 2009. 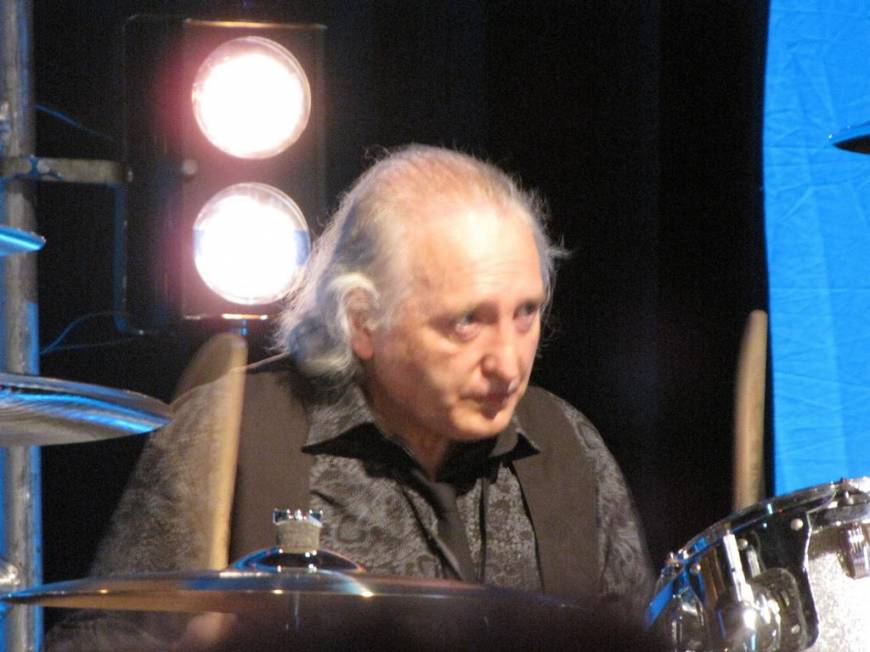 A song written by David Bowie. The band was a favorite of David Bowie, who had the golden commercial touch. He tried to help the band on more than one occasion, but the band did not rise to huge heights commercially.

A different drummer, but still a great song well preserved on video. 1974, and the term “Disco” was not developed yet into what it would become later in the decade. 1974, and the early touches of punk and glam styles are seen in one setting.

Musician Pete Huttlinger died suddenly at the age of 54 after a stroke. The guitarist is best known as the lead guitarist for John Denver. A graduate of Berklee College of Music in Boston, Denver also toured with John Oates and LeAnn Rimes. He also recorded more than 15 albums of his own solo work. 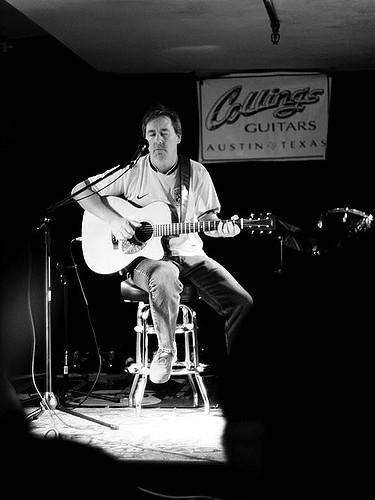