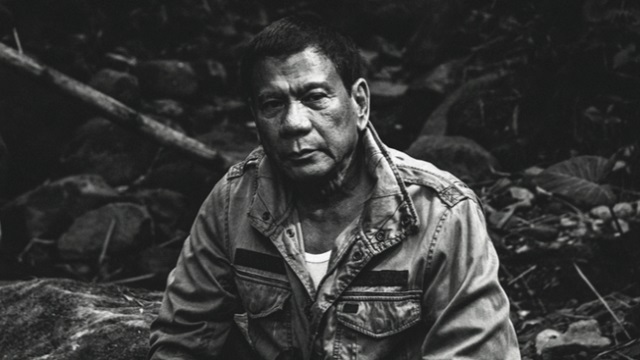 Duterte, 71, won power in a landslide after a campaign dominated by threats to kill tens of thousands in a war on crime.

Authoritarian firebrand Rodrigo Duterte was sworn in as the Philippines’ president on Thursday, extending an olive branch to the country’s elites in his official speech, only to later vow to wipe out drug traffickers and urge the population to kill addicts.

Duterte, 71, won last month’s election in a landslide after a campaign dominated by threats to kill tens of thousands of criminals in a relentless war on crime, and tirades against the nation’s elite that cast him as an incendiary, anti-establishment hero.

Following a measured speech after taking his oath before a small audience inside the presidential palace, the outspoken leader paid an evening visit to a Manila slum and unleashed profanity-laden threats against drug traffickers in front of a crowd of about 500 people

“These sons of whores are destroying our children. I warn you, don’t go into that, even if you’re a policeman, because I will really kill you,” the head of state told the audience.

“If you know of any addicts, go ahead and kill them yourself as getting their parents to do it would be too painful.”

Duterte has previously alleged some police officers were engaged in drug trafficking.

Read more of this article: https://www.theguardian.com/world/2016/jul/01/philippines-president-rodrigo-duterte-urges-people-to-kill-drug-addicts

Meanwhile, in my wife’s hometown, Guihulngan…

THIRTY-ONE drug personalities in Guihulngan City, Negros Oriental voluntarily surrendered to the police in the past two days.

Katalbas said the drug personalities came to the station and signed an undertaking of support to the police station’s anti-drug campaign.

He added that the surrender of drug personalities was also made possible through the support of Councilor Filomeno Reyes, chairman of the committee on peace and order.

In the past days, 100 drug personalities in Negros Occidental have expressed their intention to stop engaging in illegal drug activities.

In Kabankalan City, 53 drug personalities, including two minors, voluntarily surrendered to the police on Wednesday.

Of the 53 drug personalities, three were confirmed to be drug pushers and one had undergone rehabilitation.

Two more also manifested the same intention.
All drug personalities will be continuously monitored by the police.