What would the candidates do about unions?

Labor unions have been gaining ground under President Obama, helping to stabilize their previously declining membership at 11.1 percent of the workforce. Through the National Labor Relations Board, the Obama administration has issued numerous changes in labor law to make workplace organizing easier in a bid to boost union power.

The board, which is the main federal labor law enforcement agency, has sped up the scheduling of workplace votes, made it harder for employers to respond to union claims and limited their ability to register objections with the board. It also has required employers to turn all employee contact information to unions. Employees who want that information to be kept private have no say in the matter. 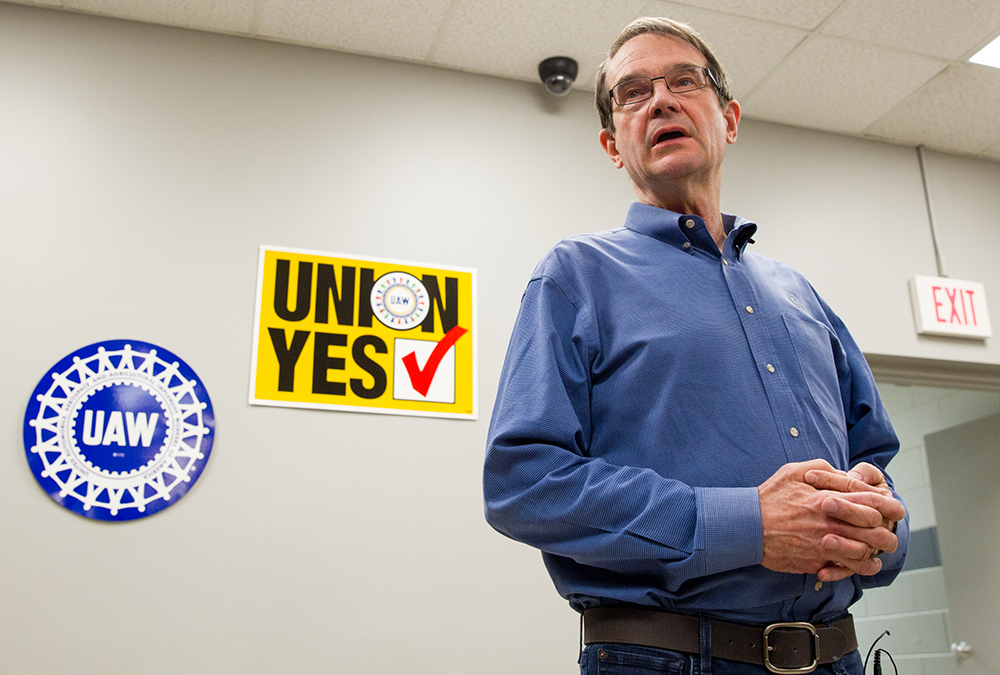 In this Feb. 14, 2014, photo, United Auto Workers President Bob King discusses the union’s 712-626 defeat in an election at the Volkswagen plant in Chattanooga, Tenn. The UAW on Friday, Feb. 21, 2014, filed an objection with the National Labor Relations Board seeking to vacate the result and order a new election. (AP Photo/Erik Schelzig)

The legislation would amend the National Labor Relations Act to require that all workplace organizing elections be federally monitored secret ballot votes, even if the employer has not called for one. (AP)